In general, the aviation community makes less use of social media than other groups. But just one quick search through Twitter, Facebook or Instagram demonstrates a healthy and ongoing online aviation conversation.

For those who haven’t paid much attention, Twitter might seem like just a place where people gossip about their personal trivia: where they are, where they’re going, what they ate today. But that was so five years ago – if it was ever completely true.

Today, Twitter serves as a powerful medium to exchange useful information, and to broadcast your message to an audience that’s actually looking for it, and eager to receive it. If you haven’t started Tweeting already, consider your next aviation trade show. You’ll be amazed how much richer and well-informed your experience will be if you follow along – and contribute to – the ongoing show dialogue.

Here are a few guidelines to get you going. 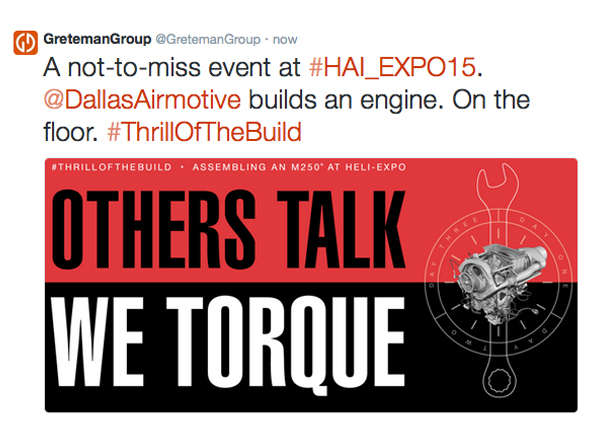 This column ran in the February 26 issue of BlueSky Business Aviation News.