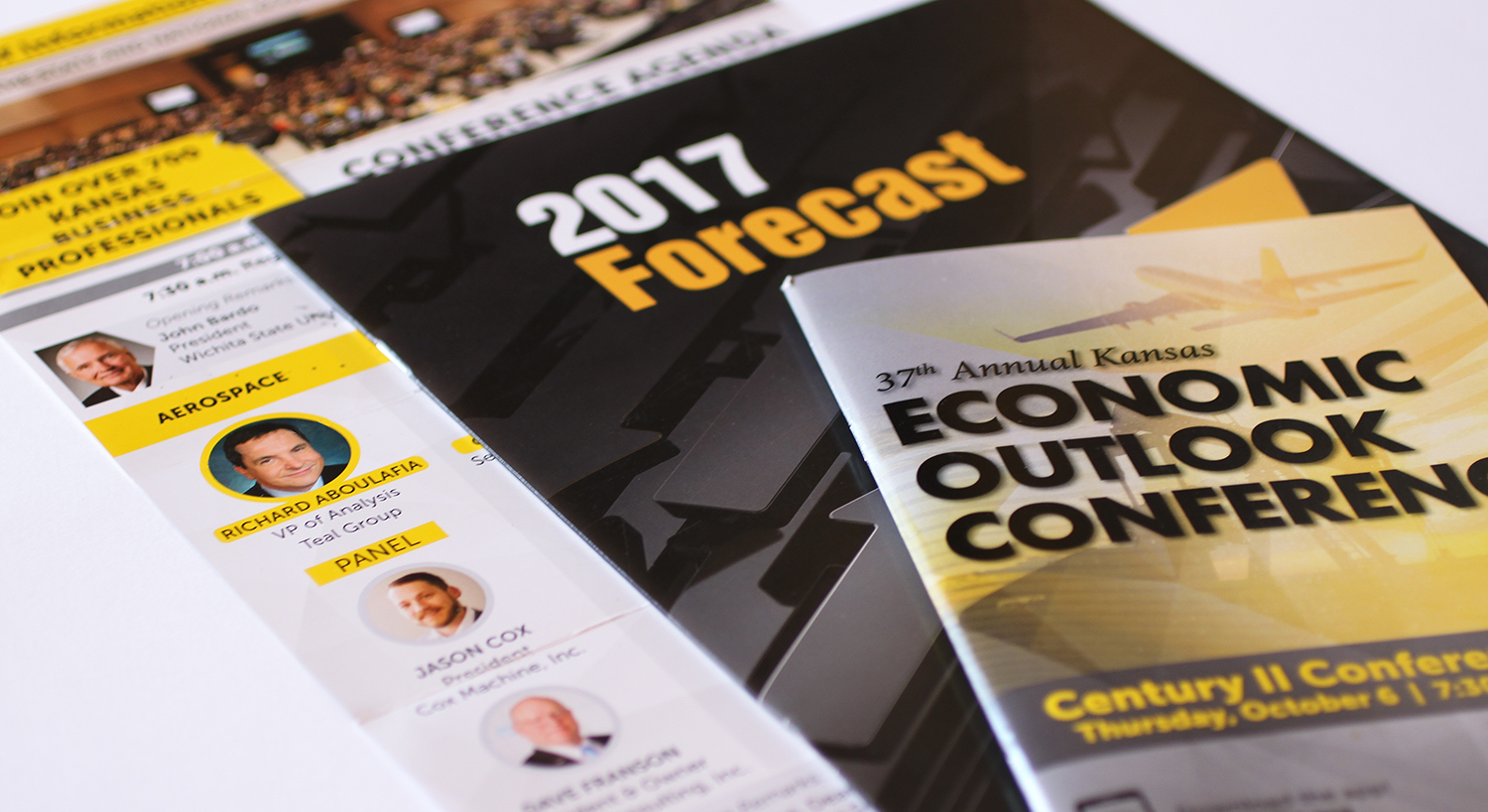 Let’s start with the aerospace panel and Aboulafia’s reassurance that his forecast would be more positive this time. He said his earlier projection when the global aviation downturn hit in 2008 “falls under the category when bad things happen to good people.” Then just to remind us how bad it was, he showed an aircraft delivery chart full of downward lines and said, “That red line at the bottom, that’s what happened to Wichita.” The difference this time around, he said, is that the strong correlation between oil prices and large aircraft has less effect on Wichita’s small and midsize markets. He practically had us dancing in the aisles when he added that the serious body blow to Wichita’s small and midsize markets is a thing of the past. The worries today, he said are more for big aircraft, such as those manufactured in Savannah.

Not soaring, but certainly holding its own. Steady as she goes. Fellow panelists Jason Cox and Dave Franson acquitted themselves well, as always. Franson recounted why Wichita will remain the Air Capital – not the least of which is that we’ve manufactured more planes than anywhere on the planet – more than 300,000 since the 1920s.

Cox, a third-generation aviation supplier, spoke about the fourth revolution or the internet of things having arrived “like a teenager on Instagram.” And, it’s obvious Cox welcomes the innovation these new technologies and possibilities bring.

At the Wichita Aero Club luncheon following this panel, John and Martha King provided a global picture of flight training. John started things off with a bold statement, “Flight training determines the future of aviation.” Yes, they’re apt to be biased since flight training is their business, but they also bring a perspective molded by decades of experience. “Flying made the world accessible to us and changed our view of the world forever,” said John.

After coming from a panel more focused on the manufacture of aircraft, it was good to be reminded of the importance of the human element – specifically pilots. Having enough of them to fly our fleets and training that keeps them aloft.

“Experience is a lousy teacher,” John said. “It gives the test first then teaches the lesson after. … We need to develop a new risk-management vocabulary and system.”

As always, technology keeps things interesting. “Here come the drones, and they’re a big deal,” said Martha. In less than a year, more than 550,000 unmanned aircraft were registered. Manned aircraft number less than half that. And the drones keep getting better, with huge advances in drone see-and-avoid technology.

“Boy is it coming fast,” said Martha. Both Kings encouraged the aviation community to welcome remote pilots into the fold, but they acknowledged that privacy concerns make us look at operators skeptically. “We have a fascination and a fear of anything that rises up into the third dimension,” said John.

This column ran in the October 13th issue of BlueSky Business Aviation News.